There are a few tools that everyone should have on hand at all times. A good pen is one these tools. Whether you’re signing a credit card receipt, making at the range, or taking down the license plate number of that Corolla that just knocked you into a dish, you want a pen that works. Upside down, underwater, in orbit, or while laying in a rain swollen ditch watching tail lights fade into the distance, a pen that doesn’t work when you need it is good for only one thing; changing the time on the dashboard clock of Chrysler vehicles. Okay, two things, but how many of you run into Benny The Jet at your high school reunion? I’d say ten of you, fifteen tops.

A good pen can be hard to find though. Expensive pens are easy to find. An expensive pen is almost as easy to find as a cheap pen. Go to any office supply store and you can pay either $1.50 or a $150. There doesn’t seem to be a lot of middle room, and very few of them are the kind of pen you’d want to rely on when trying to defend yourself against a kickboxing basque terrorist. 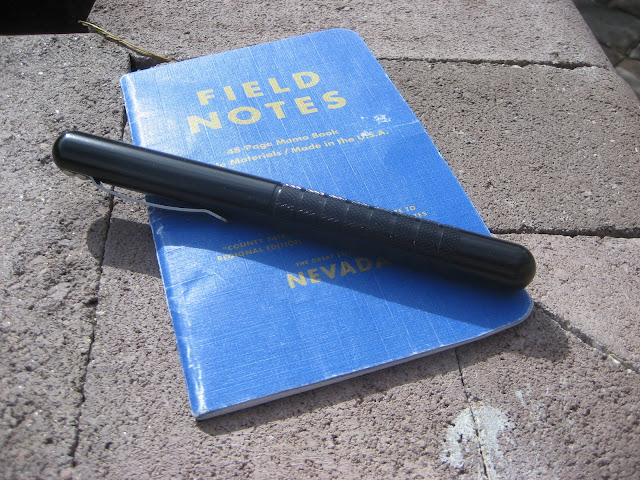 So where do you get a pen that writes smoothly, takes abuse, and could likely open the jugular of a hash crazed terrorist attacking the flight cabin door with a fire axe? You get it from County Comm, a government contractor who mills the pen from a single piece of aluminum. Or stainless steel. Or titanium. Or even copper. 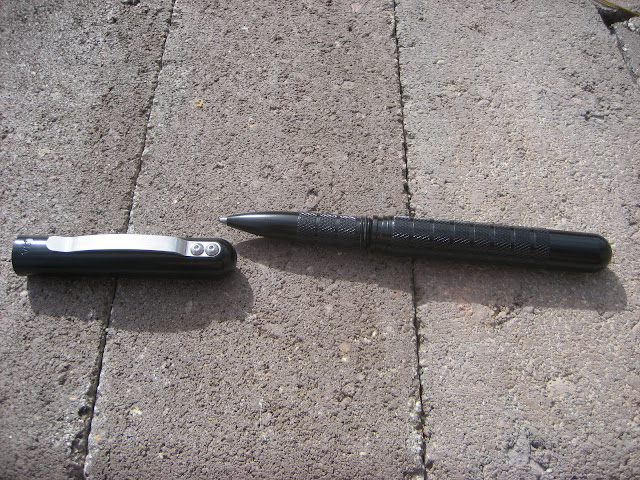 The Embassy Pen is simple and elegant, little more than a hardened armor shell for a Fisher Space Pen refill. The cap screws off, meaning there’s no springs, or moving parts to foul or break. The shaft of the pen is machined with knurls for a positive grip. The clip on the cap is strong but flexible and secured with two hex socket screws. 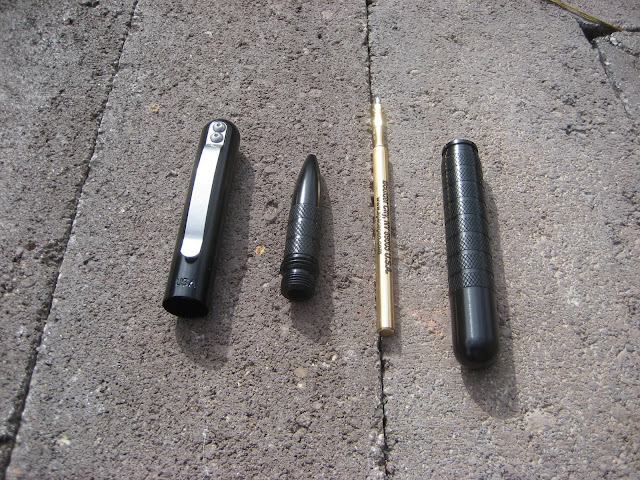 There are some oddities here though. Because the cap screws on and the base of the shaft is the same diameter as the cap, the cap does not fit onto the end of the shaft. If this is a big deal for you, then this pen will probably drive you a little batty. It doesn’t bother me, but if you’re the kind of person that habitually loses things, this may not be the pen for you. 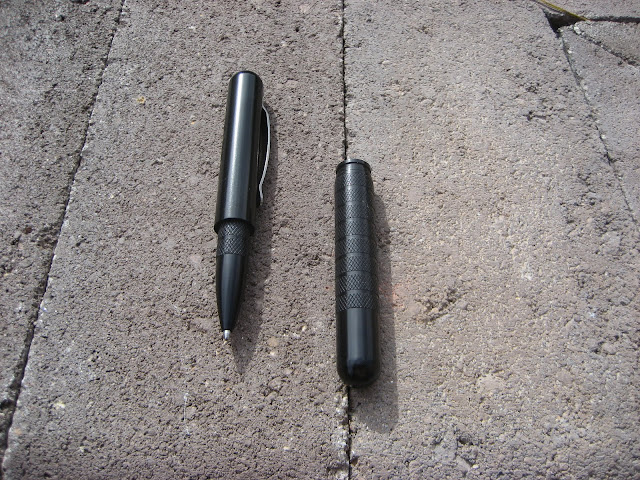 For some reason, the point of the shaft, once unscrewed, screws into the cap. Evidently this design peculiarity was by specific request of the customer it was commissioned for. I can’t say that I understand the usefulness of the feature as clipping the pen into a pocket in this stubby configuration is bound to lead to ink bleeding out. If that sounds a little confusing, then take a look at this video County Comm produced highlighting the features of the pen.

I’ve been using this pen for a few weeks now. It writes smoothly, clips easily into a jacket pocket. It’s just the right size to clip into a front pocket without getting in the way of keys, or stabbing you in the thigh when you sit down. I’m not sure if it’s TSA friendly, but I suspect it is, and it’s the right shape and heft to make an effective undercover kubaton. 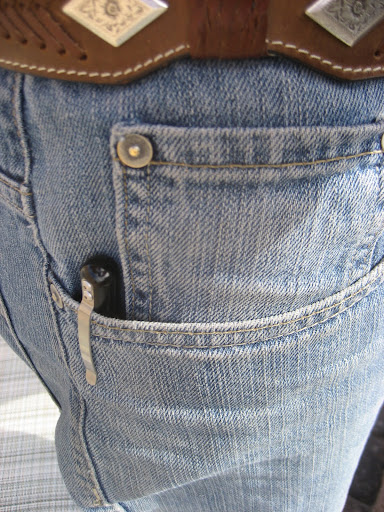 You might be able to hammer it through a baseball, I’m not willing to try that just yet, but I doubt it will then float and contact aliens. Despite that, I’m betting the Embassy Pen will take a beating, and even give one when needed.

The County Comm Embassy Pen gets a 5/5.

This entry was posted in Gear, Tools and tagged County Comm, Embassy Pen. Bookmark the permalink.